Business in Norway: Hiring-out of labour or construction and assembly contract? 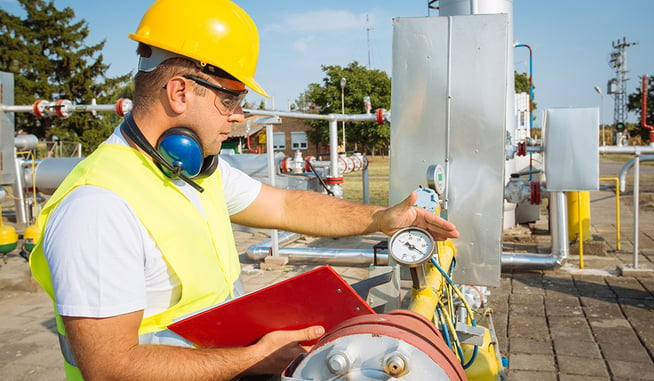 To distinguish between hiring-out of labour and a construction and assembly contract is important to prevent unforeseen surprises from the tax office in Norway.

Hiring-out of labour means that a lessor provides personnel to work for another party’s enterprise, and that the lessor is not responsible for the outcome of the work performed by the personnel.

In the case of hiring-out of labour, the tax treaties have special provisions allowing the working state to tax the employees’ income from the first working day.

Construction- and assembly contracts are characterized with having the responsibility for the result based on the provision of a specific service, as an example designing and developing a specific product.

If the contract can’t be classified as hiring-out of labour, the working state normally can’t tax the income if the employees stay in Norway less than 183 days. Exemptions are made if the company is considered to have a permanent establishment in Norway.

Would you like to discuss this with one of our experts? 👷📜

Salary from a Norwegian employer for work carried out in Norway is always subject to Norwegian income tax.

Individuals with foreign employers who are not fully tax liable and hired-out to work in Norway are subject to Norwegian income tax from the first day of work. If the individual is working for a company which has a construction and assembly contract, the tax treaties may limit the Norwegian tax liability if the worker stays in Norway less than 183 days during a 12-month period.

Foreign companies that hires-out labour in Norway are liable for Norwegian corporate taxes from the first day according to Norwegian tax legislation.

Tax treaties between Norway and other countries may relieve the Norwegian corporate tax liability on company income derived from activity in Norway.

For construction and assembly assignments, the tax treaties limit the working state’s right to tax company income if the activity does not exceed a certain period of time. These time limits vary from industry to industry, and from tax treaty to tax treaty.

The time limits range from 6 to 12 months. Assignments on the Norwegian Continental Shelf (NCS) are regulated separately in some tax treaties such as the UK – Norway-treaty. Pursuant to the NCS-limit, assignments with a duration less than 30 days can be exempted from Norwegian tax liability.

How do you determine whether a contract is hiring-out of labour or not?

The following criteria suggest that labour is being hired-out:

Company A has been given a construction assignment, and sends a request to Company B to take on work for company A.

A contract with responsibility for the result is based on the provision of a specific service, such as designing and developing a specific product. If Company B is responsible for the result of the work performed, the agreement is typically a contractual agreement and not hiring-out of labour.

Hiring-out of labour is characterized by the fact that the lessor, Company B, is not responsible for the work performance of the employees. The only responsibility Company B undertakes is to make personnel available to Company A.

The classification of the contract is crucial to determine the tax liability both for the company and the employees.

For more information about how we can assist you, please see our website: Work in Norway